Twitter time!! Yup, the relentlessly turning millwheel of communication development has crushed my ambitions to hang out with you all here on blogger -- and enticed me over to the bird side: It's twitter time. And the doors are wide open. Come on over and let's chirp. I will follow or friend or chirp at whomsoever asks, just gimme some time to work it out. I look forward to all the cryptic brevity...
.
Find me  @DNykl on Twitter. That's me.
.
Thanks for the blogger comments. Let's move it to the future now.. 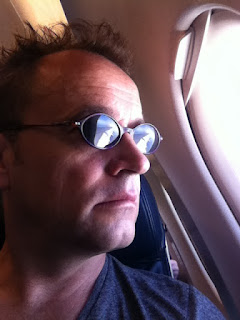 I didn't see the birthday wishes until today, almost three weeks later! Aw man, talk about late to your own party. I hadn't gone into the comments section ... Well anyway, thanks so much you guys (I have a feeling I know who's behind it) for the wishes. I'm on location in snowy Nelson BC filming a Christmas Miracle (Dan Payne's in it too Stargate fans) and have just wrapped on a series called Continuum. . Deggendorf Germany, Rome, and Tel Aviv are all coming up for conventions, and I'm looking forward to those very much. As well as Chicago in August. Hopefully there will some more stateside before then too. Fingers crossed. . No pics today, the iPad just can't cope with blogger (how did we ever stop wraith attacks with tablets when I can't even upload a picture?) so I'll find some good ones when I get home. . All the best and thanks again for the wishes.
Posted by Dr Z at 12:30 p.m. 12 comments: 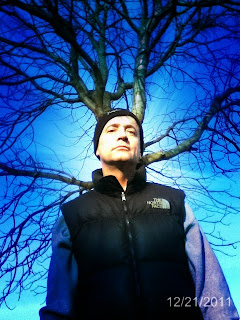 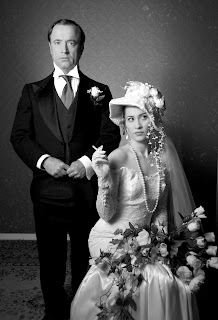 Hi Folks. Happy autumn.
.
It's been busy again, this time with Mark Sawer and the peeps at "Klapstock Syndrome" - another independent film I've been involved with. From what I saw on set and judging by the script it looks very promising indeed. Speaking of which, anyone out there seen Voodoo? (pic above)
.
Orlando this weekend - looking forward - and I'll FINALLY have copies of the Beast of Bottomless Lake with me on DVD. Finally. We had a screening up in Prince George last weekend and it went swimmingly. Long drive up though. But the autumn colours are beautiful. 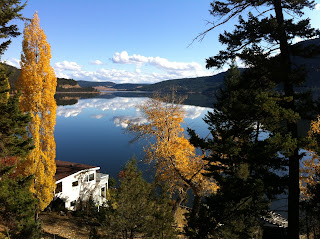 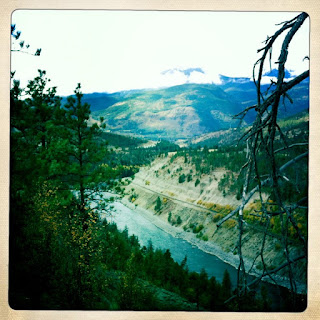 Remember this blog? Anyone??...
.
Its' author apparently has. --But not anymore!
.
We now have this month's installment, thanks in no small part to the goading of a lot of you, about my delinquency. What can I say? I like being out of cell range... 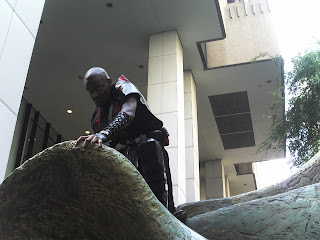 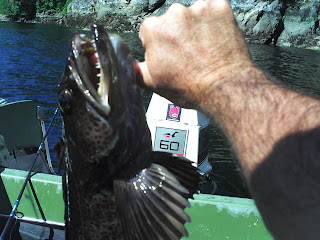 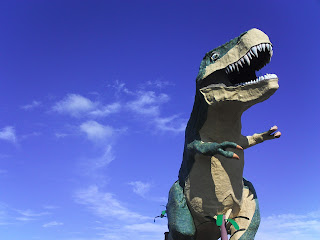 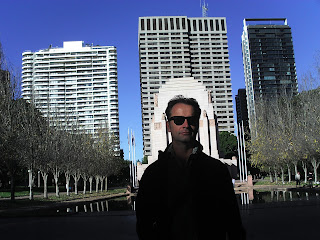 Summer has been full of prowling vampires, toothy dragon-fish, an 86 foot tyrannosaurus, and  a secret agent posting in Sydney. Busy.
.
It was really great seeing many of you  in Atlanta last week! Wasn't that fun? It's crazy town for the weekend. The flight out during the remnants of tropical storm Lee was as bouncy as I can remember. It's been such a nasty year for weather, hasn't it?... I hope you all are faring well despite the challenges.
.
Happy September!
Posted by Dr Z at 11:20 a.m. 11 comments: 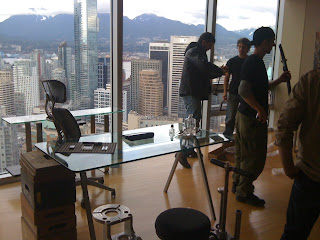 Howdy internet. How are you today? Oh that's good...
.
I just discovered my internet speeds have not nearly been as fast as I thought they were. I have been in download-speed prehistory and didn't even know it. No wonder netflix has been so slow...Now that has been rectified and and I'm looking forward to the taps being turned on. (In two to three business days, of course)
.
So that's why I haven't been posting. It takes ten minutes per letter for each post. I've been writing this for weeks...
.
Above picture from set on a show called futr.luv - coming soon to the high speed Internet near you. One of a handful of projects underway right now. Had to pass on on offer recently because of... Australia - coming up in three weeks time - Supanova in both Sydney and Perth. Two shows down under. And guess who else: Larry Hagman! J.R himself! So see you in a few, Australia!! 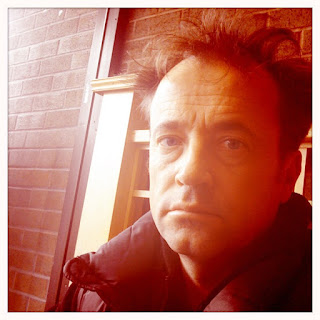 .
But wait - there's more. I'm finally able to report on some US shows which I've been trying to get to see more of you guys out there. And we have 'em! Three shows coming up: Dragon Con in Atlanta. on Labour Day!
Then Vulcon In Orlando on October 29-30 and then finally Los Angeles Nov 19-20 for Creation Con. It's been a long time coming - finally a chance to get out and meet some of you!
.
One last note: 19 seconds left in the game, 0-0 tie and then this...
Posted by Dr Z at 2:57 p.m. 21 comments:

Look out Canada. The one-weekend only, Coast-to-Coast Violent Torpedo of Zelenka Truth Tour, is coming to both sides of the Great White North. First stop: Vancouver (or should we say Burnaby) not more than two kilometres from the Bridge studios, that magical place where, all those years ago, it all began. This Thursday, I'll be at the Metrotown Hilton for Creation's Convention Stargate convention. Yahoo.
.

nd then, through the magic of modern jet engine technology, we skip over all that in-between part of Canada, and arrive on the Rock, in St John's, for Newfounland's biggest and meanest Sci Fi convention: Sci Fi on the Rock, where, I'm assured, there will be plenty of Newfies everywhere you look.
.
Spring break in the desert last week: anyone recognize this place? 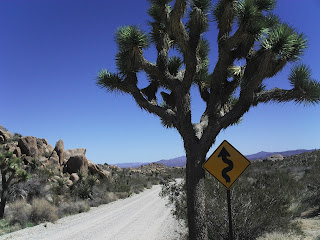 The Beast on TV, The First Shot Fired... 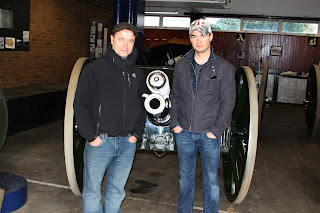 Ladies and gentlemen, Robin Dunne, and me, and a gun which is pulled by a horse, by six horses, actually, and very fast too. This canon was the first to fire in the Great War, and it has kept firing since, thanks to the King's Troop in London. Thank you for a great tour. 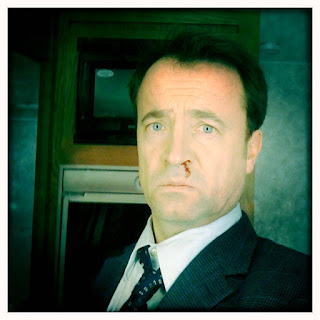 Lots coming up - watch for the web release of Mortal Kombat sometime in April. Another great shoot and a great new director. Once again, it doesn't end well for me...

And, believe it or not - the Beast of Bottomless Lake will finally have its television debut! Yes for reals. Ten airings in April over at Superchannel. It'll be nice to be in your living room again. What's a superchannel? Well it's like a regular TV channel, only a bit more super.

And, lest I forget, Newfoundland has waited its turn long enough, and now, finally, after years of Zelenka neglect, it will be the proud recipient of a first-time, bona fide, factory approved Dr Zelenka Visit (tm). Yes, it's true. I will be travelling to the province that invented the half-hour difference timezone this April - 16th and 17th as a matter of fact. Go Sci Fi on the Rock!!

And as if that wasn't enough, there will also be a one-day Zelenka Visit (tm) at Creation Con, right here in Westcoast-favouring BC. Stop in, Thursday, April 14th

Conventions in the U.S.

My dear faithful followers. Hello. I'd normally have a picture or two of Ireland to upload but blogger is not friendly with the iPad, so I'll instead post some text art:

That's me, happy in the pub. That's all the pictures I took. Ireland was lovely indeed, and thanks UCC and all you kids out there. The Beamish was good.

I don't know why it's been so tough to come out and visit all you in the good ol' U S of A, it just hasn't come together. So I'm going to ask you all for help, and I'll try it one more time: send me any contacts you can find for con organizers in your area. Send me their email, I'll write them, and insist that a con without Zelenka is not really a con at all. That way I may finally be able to get out there. I'll also take down the emails as soon as I get them so as not to encourage spider robots which occaisionally show up on this blog. With your help, we will end the Zelenka ban in the States and restore the world to its proper order.

Incidentally, for those of you coming to Gatecon here in Vancouver in April: advance warning, I will only be attending on Thursday, April 14, not the whole weekend. I'm not sure what they've put on their website, I just wanted you to know so plans can be made. Im not there the whole weekend, but Thursday will be a blast. 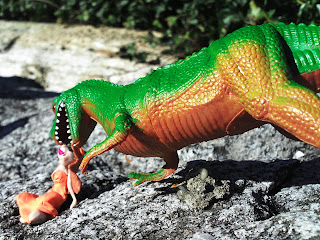 How long is it between posts? A year on the calendar?...
.
I know, I know. I chastise myself - it's been busy - I've been on working on an action adventure movie with Colin Firth and Chuck Norris. I've posted one of the stills from the dramatic conclusion above. This part is really cool.
.
But seriously?, Anyone out there in Cork, Ireland? - Or how about London? Yes, no? If so, stop in to WarpCon at the University in Cork in Ireland and Wolf Events in London THIS WEEKEND ONLY!! SPECIAL INVENTORY BLOWOUT. I'll be there, McGillion will be there, and lots of Guiness will be there, yes?... Come out.
Posted by Dr Z at 11:03 a.m. 20 comments: 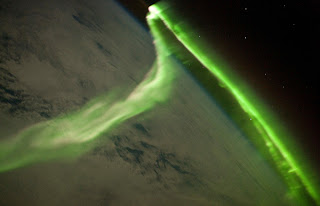